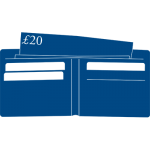 Many people think the Citizens Advice service is a government body.  Not so!  Each office, or group of offices, is an independent charity.  As such we rely heavily on donations.

If you have received good service from us, please consider making a donation

Why donate to us?

Citizens Advice Rural Cambs is your local approachable, professional and non-judgemental advice charity which is funded locally. We receive no central funding for our work but rely on local sources of funds, 50% of our income comes from grants from your local Councils, who continue to support our valuable work even in times of severe financial pressure. The rest comes from other local donations.

We need your donations to help maintain our advice services run by a small permanent staff and 126 Volunteers. Our income pays for renting premises so that clients can visit, our contact centre providing telephone and email communications, our website with fast easy access to information and in training all our Volunteers and staff to ensure that the advice we give to our clients in this fast-changing world is always up-to-date and of the highest quality.

We can then get on with what we do best – providing the quality confidential expert free advice to help clients with real issues such as Mike:

Mike is 59 and lives alone, he has been in receipt of Employment Support Allowance, since 2014 due to ME, rheumatoid arthritis, diabetes and depression. He was successful in his application for PIP and was awarded Standard Daily Living and Mobility components from March 2015. Due to short term memory loss, Mike has fallen behind with his electricity bill, HP car payments and several non-priority debts including credit cards and catalogue accounts.

Mike initially contacted Citizens Advice Rural Cambs through by telephone regarding his debt and was sent a Money Advice Pack, and advised to return it to the Fenland office for a Money Advice appointment.

As Mike was struggling to complete the Money Advice Pack he attended the Fenland office drop-in session and the form was completed.  Mike was then offered an appointment with a Benefit Specialist who identified that as he was in receipt of a qualifying disability benefit, lived alone with no carers claim in place and a Severe Disablement Premium should have been added to his claim in March 2015.

The premium was applied for, with maximum backdating request and Mike received back pay of just under £5000 and increased ESA payment of £61.85wk

Mike is now being assisted by one of the Money Advice Team in considering his options for dealing with his debts.

CAN YOU HELP US?

You can help support us by donating in one of the following ways:

However you pay and regardless of whether it is a one-off or regular donation, please remember, if you are a UK tax payer, to tick the box that allows us to take advantage of Gift Aid.

Many thanks for taking the time to read this and for any donations you may make.

Other means to contribute are directly from your salary, through ‘Payroll Giving’ or by leaving a legacy in your will.

We help thousands of local people every year who have issues with debt, benefits, housing, employment, etc.

Step 1. Search this website for quick answers to your issues

Step 2. Use our online advice service (form) on this website

We help thousands of local people every year who have issues with debt, benefits, housing, employment, etc.

Our expert team will then follow up with you to see how they can help further.